Ed was born in 1906 in La Crosse County near his future horror house that was located in Plainfield, Wisconsin.  As a child little Eddie had a trouble getting along with other children in school because of the fact that he was a shy, distant and odd little boy.  Ed was sharper than most when it came to reading because that is where Eddie escaped from the torments of the world.  His classmates used to tease him calling him a “milk-sop” and poking fun at his droopy eye and odd grimace.  They blew spitballs from a peashooter at his face.  Tears would well up in his eyes as his face crumpled up.  Always too soft for the world, always to gentle – a true mamma’s boy.  He would often abruptly start chuckling during a quiet period in class at a funny thought he had in his head and kept those thoughts to himself not sharing the humor.  Most likely various scenarios of how he would punish those that teased him. 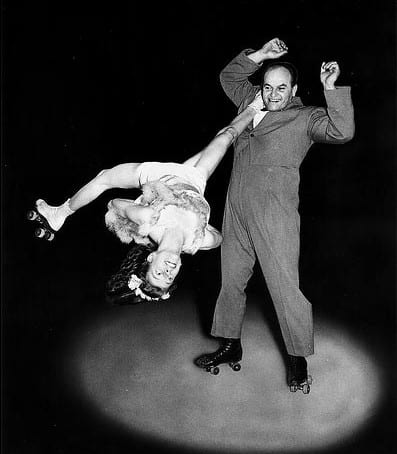 He had only marginal luck dating, his first real girlfriend didn’t share the same views as Eddie did on the love of his mother, so that “sinner” had to go.  Mother was a saint and always number one in his priorities.  So, when he failed at asking a woman out on a date, as he often did at any attempt, he would have to sneak a Detective magazine past mother’s eye to the bedroom and ogle the sexy cover and pictures inside. 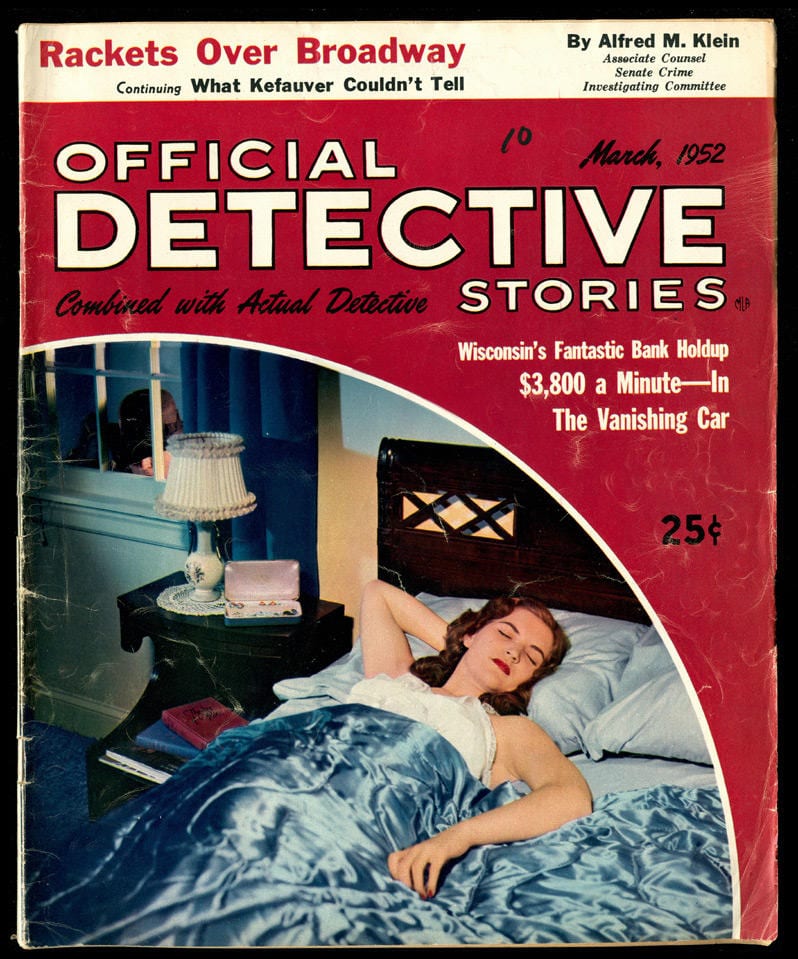 Here is the first instance, of many you will find in my articles on Ed Gein, where I need to set the facts straight. Eddie never said that, it was actually a quote from Ed Kemper aka “The Co-Ed Killer” from the 70’s. You will often see people associate that quote to Ed Gein thanks to a movie misquote in American Psycho.

Eddie would fumble though an attempt of dating an older woman by asking her to a skating rink.  That seemed to be his pickup line: “I don’t know how to skate neither, maybe we could hold each other up?”  Somehow it never happened the way he envisioned it in his head…

He would fantasize about being the bad guy and outsmarting the police as he had his way with the “no good scarlet”.  Ed died a virgin, although he did take care of the snap in his pocket on occasion.  He was caught in the act by his mother one day.  She said: “Edward… are you didlin’ with yourself again?  “No… No Ma… I’m just reading a fascinatin’ article, an’ ..an’..”  BUSTED.  Mother proceeded to preach to him; “If you have to touch that overripe shrimp, Edward, that is between you and the Lord.” and “The sin of Onan is nothing against the sin of the fornicator and the adulterer.”

Ed was crazy alright but “Wacko”, well maybe a little less around the likes of Ma.

There is speculation that Augusta Gein was pregnant for Henry while out of wedlock and that she had lied as to the date of Henry’s birth on certain documents to cover up what would have been scandalous in her town creating gossip that would taint her reputation as a religious woman.  Census records support such a theory. Is it possible that the skeleton in Mother’s closet triggered her hatred of sex and women.  If Ed’s drunkard father George came home from the pub wanted some sex from Ma, she would say; “If God wanted us to enjoy this filthy act, He would have made it pleasurable.” with that she would lift her dusty old skirt and say; “You have your way, but make it quick, you hear!”

After Ed Gein’s father George died, Ed’s brother Henry started to observe a strange relationship between Ed and his Mother Augusta get even stranger.  Each night Augusta Gein would gather up the boys to preach to them from the Bible about the wickedness of women and while Ed was fully attentive, Henry was becoming more aware that she was being obsessive and he often became bored and detached from her radical views.  Henry was starting to become skeptical and wanted to have his own life with a woman and move away from the captivity and isolation from the world that Augusta had created to control her boys thinking.   One day Henry had observed Ed coming out of his mothers bedroom after she had changed clothes.  Could there have been incestual relations between the two?  Henry asked Ed, what he was doing in there?  Ed muttered “Nuthin”