Music and how WRIF inspired me. 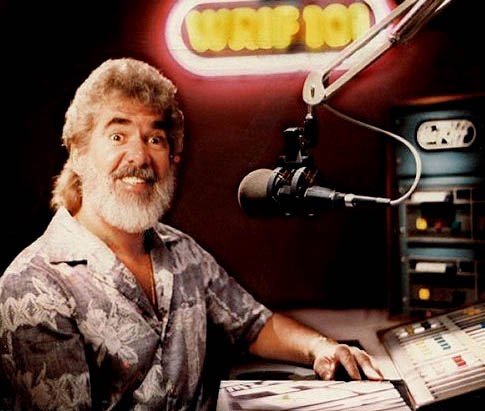 Detroit’s WRIF was legendary because of Arthur Penhallow.

“BIG DADDY” Arthur Penhallow, retired on-air personality at WRIF in Detroit, defined what was cool in Rock and Roll and has a voice that even Roger Daltrey of the Who wanted to hear.

The 70’s and early 80’s was the greatest era for radio personalities and the most popular DJ was Arthur P.  His trademark growl “The Home of Rock and Roll…BABY!” made the RIFF #1.  His slogan “Baby” was the most popular bumper sticker slogan in the radio station’s history.  Art is a Detroit Legend and sadly WRIF ended everything that made them great when contract negotiations failed.  WRIF lost their voice and became no different than any other rock station across America.

He inspired me to get into Radio.  He defined what a Rock Dj could aspire to be.  He set the bar so high, he only created imitators, thus to become as big as Art, you had to do something entirely different like Howard Stern with a shock jock format or have a magnetic personality and get lucky!

I do remember working with one news director at WFLT that had a great voice as well his name was Doug Cunningham.  I used to have him cut voice overs for me and wished I had his pipes.  He was awesome, apparently got himself fired a few times for being an outspoken activist.  I will try and find Doug and see what he is up to these days.  I found an article mentioning Doug featuring Dave Barber from WTAC (where I worked as well) and what amused me is when I clicked on it, I was the author in a comment.

Update!  I found Doug Cunningham and he emailed me, this is his update that he gave me:

“Arthur P was amazing on RIF. I believe he was on air there when I interviewed at WABX for a news gig in the ’80’s. I listened to WRIF and WABX – that Detroit Motor City rock back then was powerful stuff and we heard it on stations that were much more into free-form and allowing the jocks to be creatively free until the consultants had their way with the calculated narrow, highly controlled playlists.

The News Director at ABX at the time – Frank Joyce (who went on to be ND at WDET ) praised my abilities and sound, etc. but I lost out to one other candidate who already had major market experience then.

I happily stayed in radio for years after co-founding The Flint Voice and writing for it for years with Micahel Moore. WFLT in Flint was just a brief stop on the bigger radio journey for me.
I had a true passion for radio news, starting with being ND at WWCK when it owned the market in Flint. Never felt like working ‘cause I loved it so much…”

Great memories and thanks for reaching out Doug!

Arthur can be found on Facebook and has a few accounts due to the size of his fan base and I am one of them.

Arthur Penhallow talks about the History of the wRIF

American Pop follows four generations of Jewish Americans as they immigrate to the United States in the late 1800s and become involved in the burlesque circuit, vaudeville, two world wars, and the advent of rock and roll. Music is integral to the story and how it is told. It’s almost like a jukebox musical: it takes popular songs and integrates them into the plot to convey mood, time, and place.  What a soundtrack. It includes a few classic songs from the early 20th century like “Lili Marleen,” “Anything Goes,” and “Over There,” plus songs from The Doors, Jefferson Airplane, Bob Dylan, Jimi Hendrix, and Bob Seger.  Seger’s “Night Moves” closes out the show in grand fashion. All in, American Pop chronicles not just the lives of immigrants but the life of pop music in the United States.  Bob Seger is a very close friend of Arthur Penhallow and was in regular rotation at WRIF due to his native roots in Michigan and his spectacular catalog of music.

Video is for mature audiences as Heavy Metal magazine and movies were not for children.  You have been responsibly warned.

Adventures from deep space to futuristic New York, and beyond. Each world and story are dominated by the presence of the Loch’nar — the sum of all evils manifest as a glowing green sphere whose power infects all times, all galaxies, all dimensions. To some, it appears as treasure, a green jewel they must possess. Others worship it as a god. Few escape it. Even in death and through death its powers continue. From war to war and world to world it seems invincible.

A real drive-in classic!  It came about thanks to a popular magazine of the same title, that with Mad magazine, Cracked and others were very popular reading before “Internet killed the Magazine star.”

My all-time favorite scene in the movie!

On a space station, crooked space captain Lincoln F. Sternn is on trial for numerous serious charges presented by the prosecutor consisting of 12 counts of murder on the first degree, 14 counts of armed theft of Federation property, 22 counts of piracy in high space, 18 counts of fraud, 37 counts of rape — and one moving violation. Pleading “not guilty” against the advice of his lawyer Charlie, Sternn explains that he expects to be acquitted because he bribed a witness named Hanover Fiste. Fiste takes the stand upon being called to by the prosecutor, but his perjury is subverted when the Loc-Nar, now the size of a marble, causes him to blurt out highly incriminating statements about Sternn (though whether or not any of them are true is unknown) before changing him into a hulking muscular form that chases Sternn throughout the station, breaking through bulkheads and wreaking havoc. Eventually, he corners Sternn, who gives him his promised payoff, and he promptly shrinks back to his gangly original form. Sternn opens a trap door under Fiste, ejecting him into space. The Loc-Nar enters Earth’s atmosphere with Fiste’s flaming severed hand still clinging to it.

Music
“Reach Out” by Cheap Trick

The best documentary of the group INXS is “Never Tear Us Apart: The Untold Story of INXS“

That fueled me to remember the impact that band had on the music industry and how many songs I really enjoyed.  You might recall crowd pleasers like this one…

MTV brought them to the mainstream along with their constant touring more than any other band that I can recall.

INXS was an Australian rock band, formed as The Farriss Brothers in 1977 in Sydney.  The band consists of composer and keyboardist Andrew Farriss, drummer Jon Farriss, guitarists Tim Farriss and Kirk Pengilly, bassist Garry Gary Beers and main lyricist and vocalist Michael Hutchence.  On the morning of 22 November 1997, Hutchence was found dead in his hotel room in Sydney. His death was reported by the New South Wales Coroner to be the result of suicide.   Some would like to think it was an accident caused by autoerotic asphyxiation because he had so much going on and seemed happy but like Robin Williams, one can’t predict or understand the individual effects of depression.  We will never really know why but we will certainly cherish his legacy.

I’m a huge Loverboy fan and have been since their beginning in 1979 and have every album they have ever made.  I even have the rare “2005 Bootleg CD” authorized by Loverboy recorded in Texas by DiscLive (a double CD set) that I’m sure most people don’t even know exists. Why?  There is only 1000 made and out of those there is only one known in existence that is signed by Mike Reno on the cover.  I own that CD. 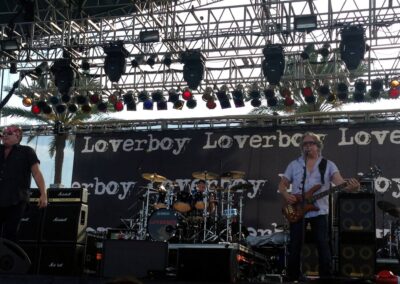 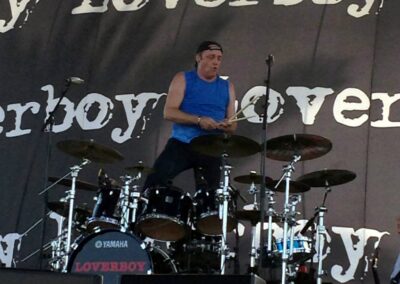 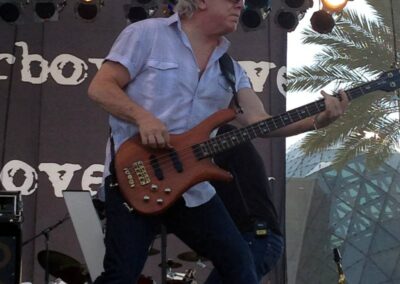 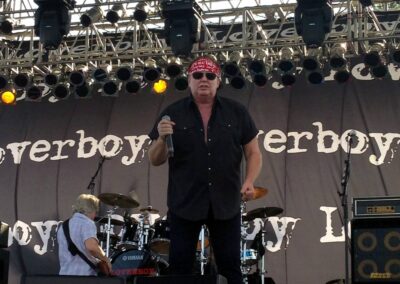 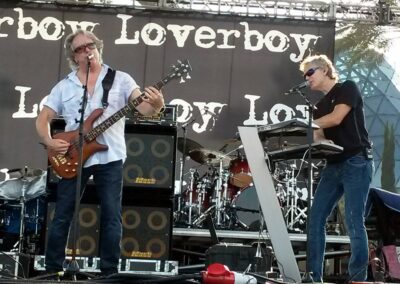 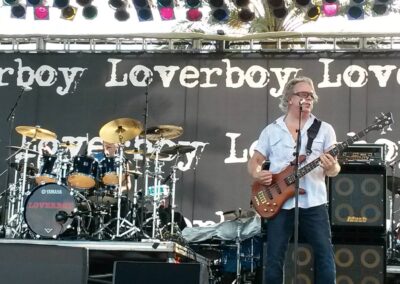 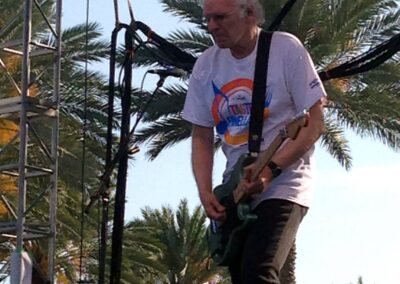 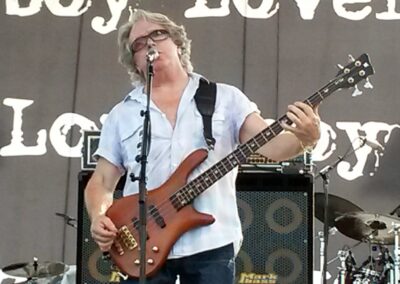 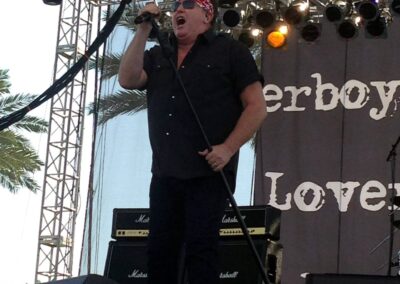 Many people are in this ridiculous argument over the replacement of Steve Perry with Arnel Pineda.  I have seen Steve Perry in concert with Journey in the 80’s and most people forget he didn’t always sound like the record.  Steve was spectacular, but let’s not take anything away from the new music coming from Journey now.  If you think Arnel can’t complete with Steve this video should put that to rest:

Like Loverboy, I have Journey’s entire portfolio of music and I enjoy the new and the old equally.  If you get off the “Steve is the only lead” bandwagon, you will discover amazing new songs like the 2008 songs: “Change for the Better” and “After All These Years”.  Those were never sung by Steve Perry but sound 100 percent pure Journey.  Currently Journey has released yet another new CD entitled: “Eclipse”, with more new music including: “Resonate”.

Love him or hate him, find him sexy or creepy, David Bowie is one of the most influential musicians of modern music. His distinctive voice and affective lyrics have gained him fans all over the world.  Many have thought that he had retired and left the studio forever.  After stunning his fans on his 66th birthday with a new single a down-tempo “Where Are We Now,” and news of new album due in March, David Bowie’s surprise return to the spotlight carries on with news of a second single, due Feb. 26.  To pre-order “The Next Day (Deluxe Version)” go here on iTunes.  A sad update to my article written years ago, David Bowie has died.  When it comes to music this man is one of my Heroes.

After the death of Queen’s lead singer Freddie Mercury, the closest thing to replacing him vocal wise was David Martel.  Unlike Arnel Pineda (Steve Perry’s replacement with Journey), David only got his moment with a “Queen Extravaganza” band that toured, not “Queen” the group.  David lacked the stage presence that Arnel has adapted very well to with Journey.

Queen already had a lead singer Paul Rodgers who looked like Danny Bonaduce and sounded nothing like Freddie in fact the rest of the band had to help Paul with the high notes. See this example if you dare.  For me, I have to rely on “Queen with Freddie” and forget the future of this once great band as it died when Freddie did.  It is hard to replace one of the greatest front man of all time, I will give Queen that.  Journey got lucky as they were almost in the same boat until Arnel was discovered.

With Freddie Mercury as front man of Queen nobody could follow them, they are on a short list of the greatest bands that ever hit the stage.

“You wanted the best; you got the best… The Hottest band in the world…KISS!!”  They were the greatest marketed band ever.  You found KISS on everything from Mego action figures, lunch boxes to just about every product known to man in the 70’s and even now all thanks to Gene Simmons.

They were loved or hated and not much in between.  You are either part of the KISS ARMY or you are not.  They grew on me over the years as some of their earlier work was not my style.  It was when they did the disco album “Dynasty” (ditching their drummer Peter Criss, as Paul and Gene considering his drumming substandard).  Kiss is now no longer touring or working together.  They have officially retired after several final tours.

Now that KISS has retired the act, Paul has gone forward with what I consider his best career move ever.  He has challenged himself to do a different style of music.

I completely support his direction and he and his new band perform a perfect rendition of one of my favorite songs growing up and one that has a meaning that is relevant in many people’s lives throughout the years.